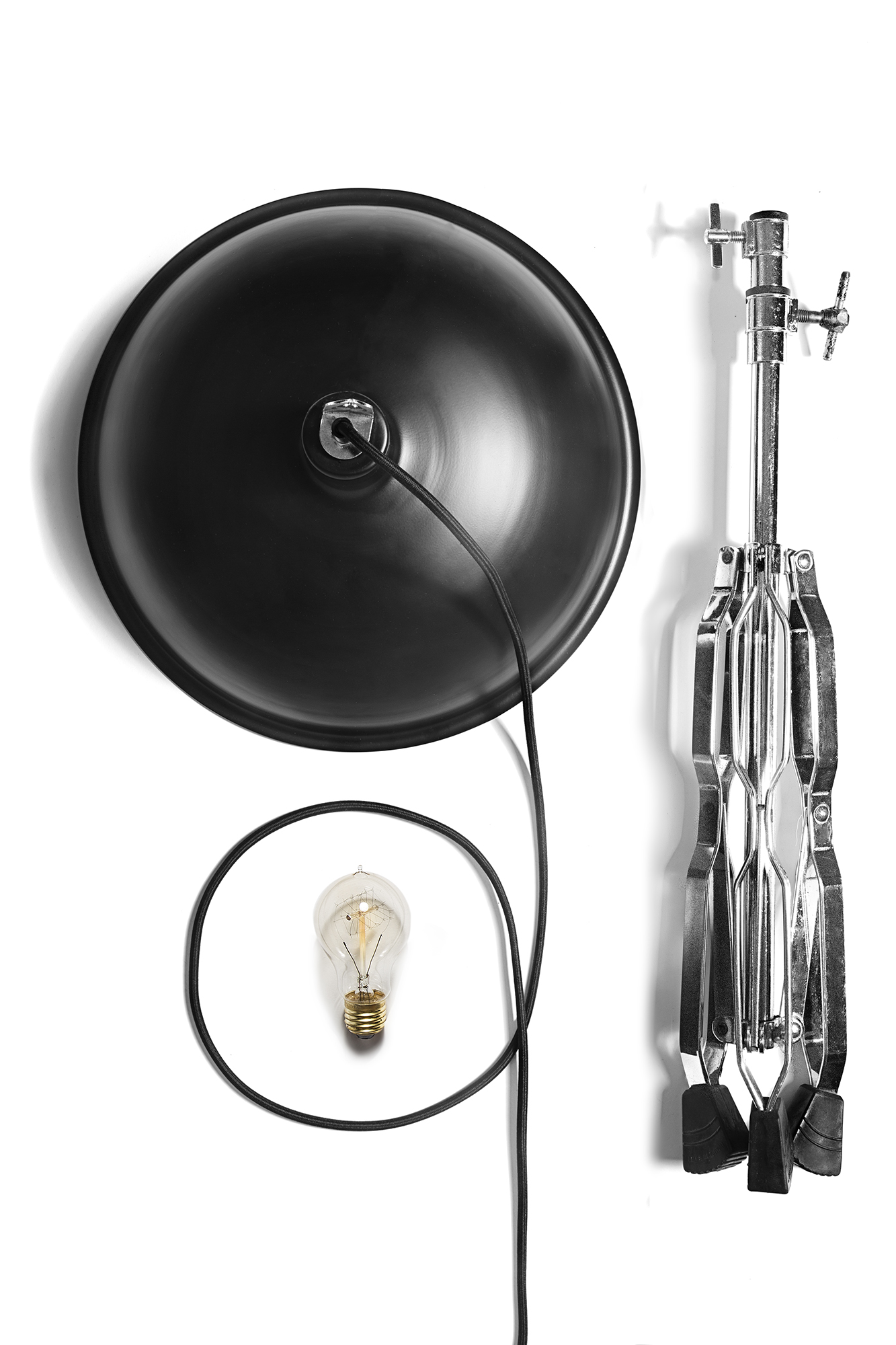 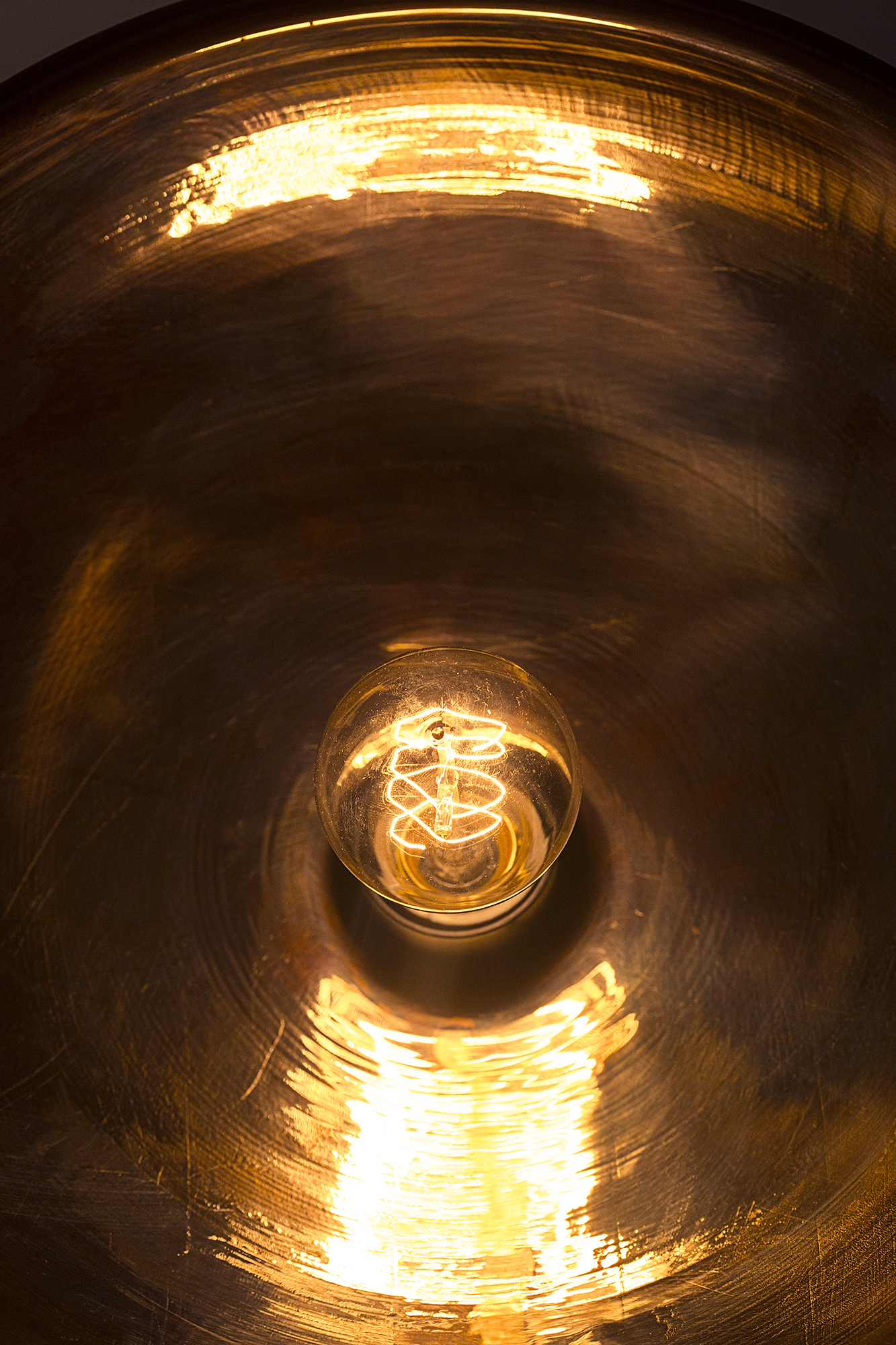 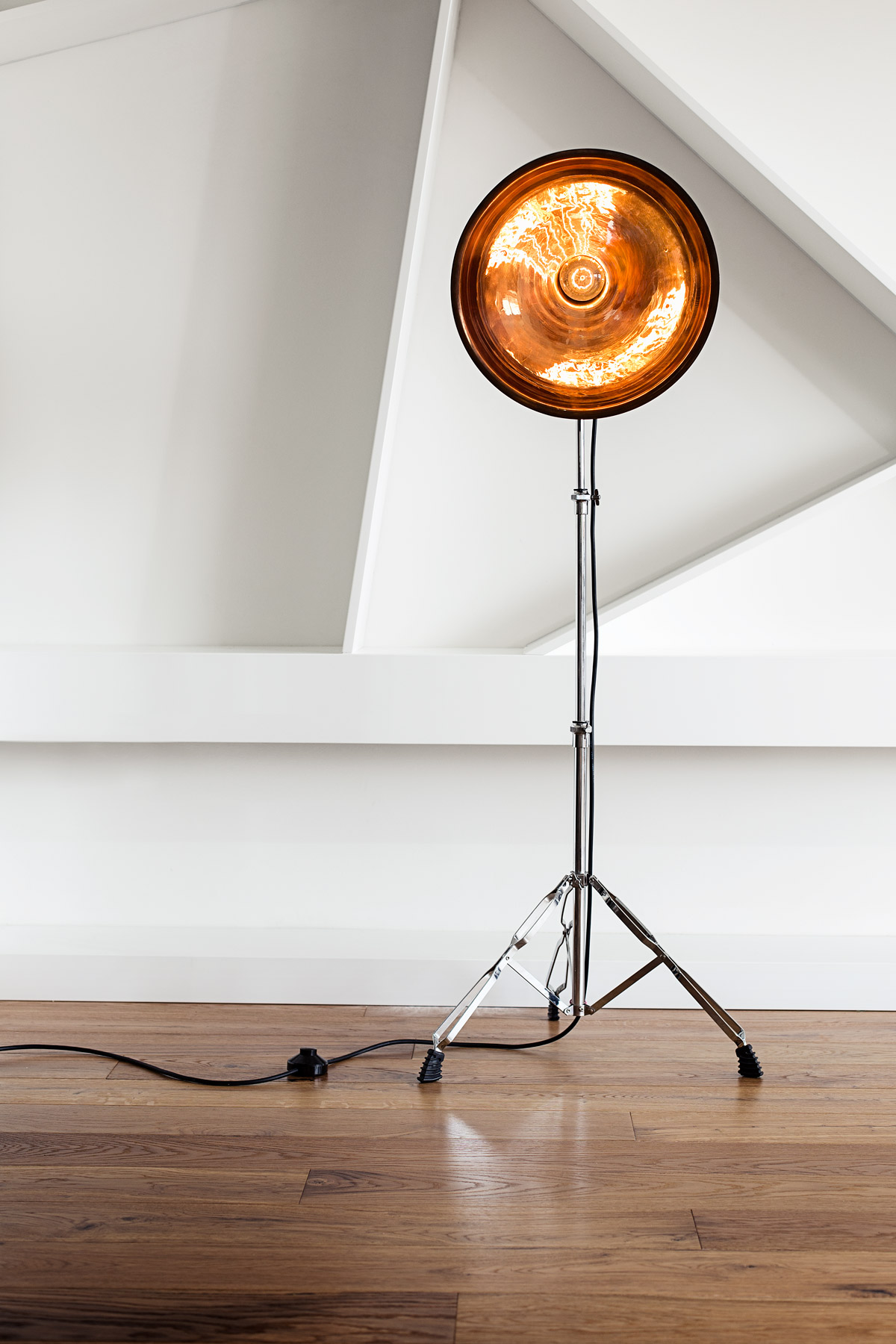 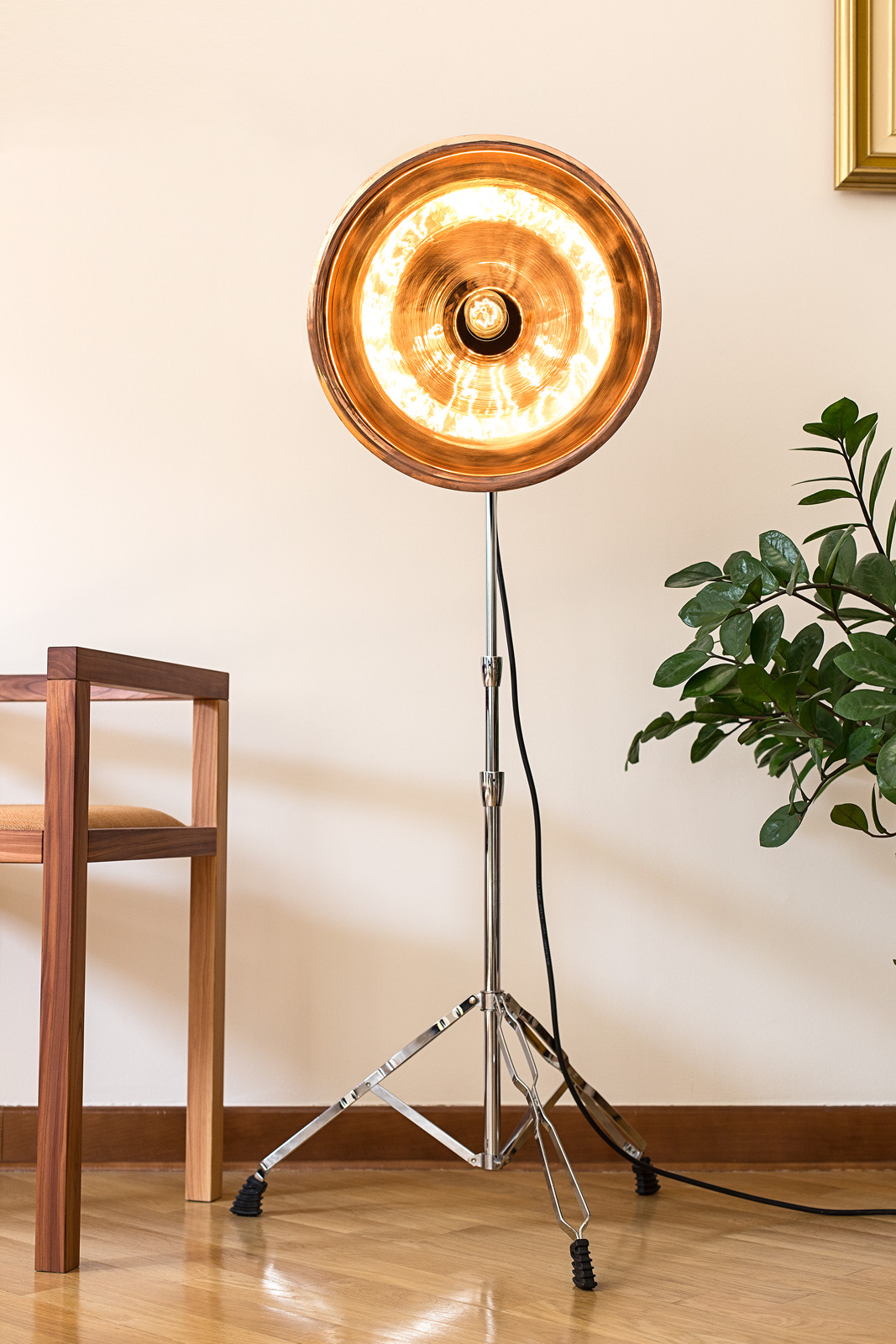 Cymbal lamp© is a floor lamp with adjustable base. It’s made of two key elements – the base, which can be folded and the upper part of the lamp in the form of the plate. I was inspired by the musical instrument the drums and I used the stand of this instrument as the stand for my lamp.